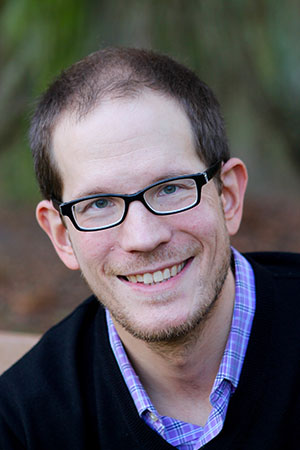 RALEIGH—Playwright Ian Finley will lead the session “I Want to Start with an Earthquake and Build to a Climax” (playwriting) at the North Carolina Writers’ Network 2021 Fall Conference, November 19-21, at the Sheraton Imperial Hotel in Durham/RTP.

Ian Finley holds an MFA in Dramatic Writing from New York University, where he earned the Harry Kondoleon Award for playwriting. He is the author of plays, including Native (featured at the NCWN 2018 Fall Conference), The Nature of the Nautilus (winner of the Kennedy Center’s Jean Kennedy Smith Award 2002), and the Our Histories series of plays for Burning Coal Theatre Company. For this body of work, he was named the 2012 Piedmont Laureate. He has taught at Southern Methodist University, as well for the OLLI programs at NC State University and Duke University.

This year, NCWN is asking authors for “one good piece of advice,” either something they were once told that they never forgot, or something they wished they could go back and tell their younger selves. Ian advises:

“In the words of the great Charlie Purpura, Emmy Winner and Professor of Television Writing at NYU: ‘JUST FINISH IT!’ Charlie passionately believed that the first draft can, and should, be awful. Otherwise, are you really trying anything new? So the goal was to power through, boldly ignoring mistakes, until you’d finished the draft, and discovered what it was you were writing. Then, you could go back, and anything could be fixed. Nothing is so bad that it can’t be revised. But you can’t revise what you haven’t written. So throw caution to the wind, bravely set your course, and JUST FINISH IT.”

For a playwright or screenwriter, the key to keeping the audience engaged is conflict, but it turns out that conflict is also the engine to develop character and draw out theme. In “I Want to Start with an Earthquake and Build to a Climax” (playwriting), we’ll explore the crisis-response cycle: its power to organically drive your story, keep the audience’s attention, and making your writing life easier.

Fall Conference attracts hundreds of writers from around the country and provides a weekend full of activities that include lunch and dinner banquets with readings, keynotes, tracks in several genres, open mic sessions, and the opportunity for one-on-one manuscript critiques with editors or agents. North Carolina Poet Laureate Jaki Shelton Green will give the Keynote Address. Other. session offerings for writers of stage and screen include “Adaptation” with author Daniel Wallace;“Writing Scripted Audio” with Tamara Kissane; and “The Art of the Interview” with Donna Campbell and NCWN Trustee Georgann Eubanks.