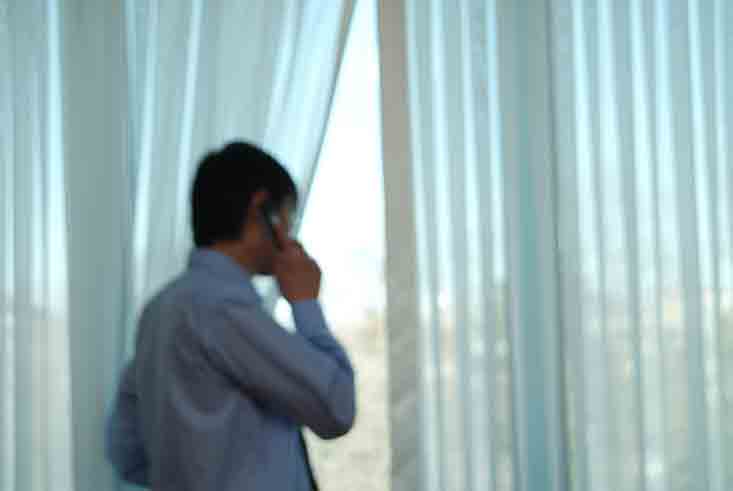 WINSTON-SALEM—The North Carolina Writers’ Network is very glad to share that, although they are decidedly low-hanging, we have begun to realize the first fruits of our ReCover Campaign. Thanks to the incredible generosity of our donors, Network staff was able to upgrade our phone system for the first time since the Obama administration.

Membership Coordinator Deonna Kelli Sayed’s number will remain the same, although her phone has been substantially upgraded to better serve our members, whether she’s in her virtual office or on the floor of an event.

Executive Director Ed Southern’s number also will remain the same and will remain the general number for the Network. However, for the first time in its history, the official Network phone will not be connected to a wall by a telephone cord. That’s right: the Network’s telephone system has finally gone 100 percent wireless!

“Now that I don’t have to be attached to the wall of my house when I’m on the phone,” Ed said, checking his Fitbit, “I look forward to getting my steps in each day.”

Not to bury the lede, but the biggest news to come out of the ReCover Campaign so far is that Communications Director Charles Fiore finally has a Network phone, period. He’s worked the past decade without a dedicated work phone line, and, after being dragged kicking and screaming into the twentieth century, can finally admit there might be some bright side to having a phone.

“In the past, I’ve had to use my personal cell phone when I needed to make a call for work,” Charles reflected late Friday night. “That phone has an out-of-state area code. I’ve lived in North Carolina long enough now to know that almost no one, from plumbers to exterminators to general contractors, calls back an out-of-state area code. Maybe now that I finally have one, people might start to return my calls!”

One interesting item gleaned from the phone system upgrade: the Triad area, which traditionally boasts a “336” area code, is plumb full-up on phone numbers. So, there’s a new area code for new Triad-based phones: “743.”

Staff of the North Carolina Writers’ Network can be reached at the following numbers:

Network staff can generally be reached during normal business hours.

The 2021 ReCover Campaign sought funds to address specific NCWN needs, including upgrading our websites; creating a new cleaner look for our websites, newsletter, and other visual media; purchasing livestreaming and conference equipment; and more. Supporters should expect to continue to see the results of the successful campaign over the next year to eighteen months.