“Creating the Structure to Carry the Story” (Creative Nonfiction) 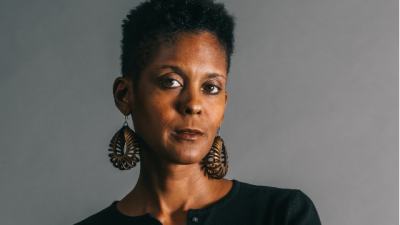 This class offers strategies for organizing your book, long essay, or reporting project so that readers are carried along by a seamless narrative. We'll also touch on how to combine memoir with research and how to choose sources whose storytelling and insights add depth to your work.

Dani McClain reports on race and reproductive health. She is a contributing writer at The Nation and a fellow with Type Media Center (formerly the Nation Institute). McClain's writing has appeared in outlets including Time, Slate, Talking Points Memo, Colorlines, EBONY.com, and The Rumpus. In 2018, she received a James Aronson Award for Social Justice Journalism. Her work has been recognized by the National Lesbian and Gay Journalists Association, the National Association of Black Journalists, and Planned Parenthood Federation of America. McClain was a staff reporter at the Milwaukee Journal Sentinel and has worked as a strategist with organizations including Color of Change and Drug Policy Alliance.

McClain’s book, We Live for the We: The Political Power of Black Motherhood, was published April, 2019, by Bold Type Books (formerly Nation Books).

McClain has a B.A. in history from Columbia University and a master’s degree from Columbia’s journalism school.