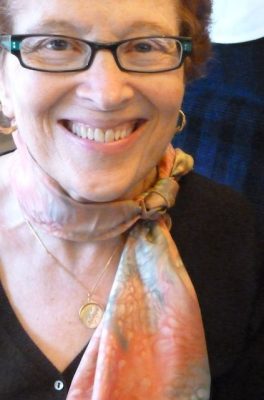 Screenwriting is a lean craft, meaning that everything is very succinct: scenes, dialogue, action, and description. We’ll look at the Academy Award Winning screenplay Manchester by the Sea, written by Kenneth Lonergan, as he builds his plot and characters brick-by-brick (scene by scene).

Patricipants will be asked to read the script and come to class ready to discuss it. Manchester by the Sea can be read for free, here:

Ellen Shepard was Assistant Professor of Film Production at Saint Augustine's University in Raleigh, where she developed their BA degree in Film Production and taught classes in Screenwriting, Playwriting, and Documentary Filmmaking. Shepard is also a produced playwright and screenwriter and a member of the WGA. Ellen is an award-winning documentary filmmaker whose last film Sitting at God's Table has had numerous screenings across the South, including the NC Museum of History as part of their Billy Graham Exhibit. It also was an Official Selection at the Indigo Moon Film Festival.